Lil Kim took to Instagram on Tuesday to give us an update on her new album. After announcing that her project Nine was scheduled to be released May 17, she received some bad news from her label eOne that it has been pushed back. “eOne has pushed back the date of my album y’all. If you have an issue, take it up with them,” she told her fans, adding, “This has nothing to do with me.” She also called out Spotify, claiming that the streaming service has been “hating” on her. “I can’t understand why after all of the favors I’ve done for them,” she said. “Direct all of your energy towards them too.” 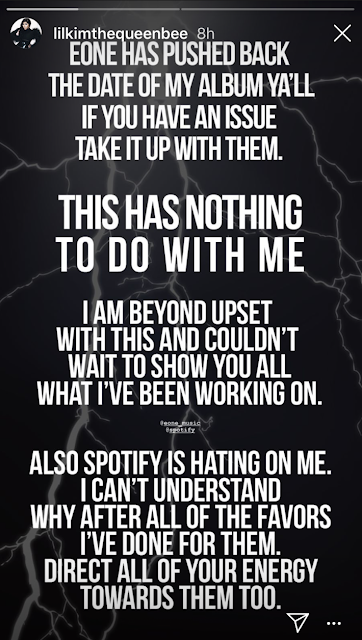