According to XXL, A GoFundMe page started by former NFL player Reggie Bush and his wife Lilit Bush to raise money for Nipsey Hussle's kids has been removed at the request of Nipsey's family. The couple shared that they had donated 10K of their own money and that they were looking to reach a goal of 100k by April 19th. Following the announcement of the fund by Bush on Friday (April 12), Karen Civil, who worked closely with the late rapper in a managerial role, called him out on Twitter and asked him to remove it because it was not authorized! Bush responded with this tweet,“Wait what??? Nah that’s actually INCORRECT check your facts what would I gain from this @KarenCivil ?And this is the very last time I will speak on it out of RESPECT for everyone! God Bless you!,” he responded. 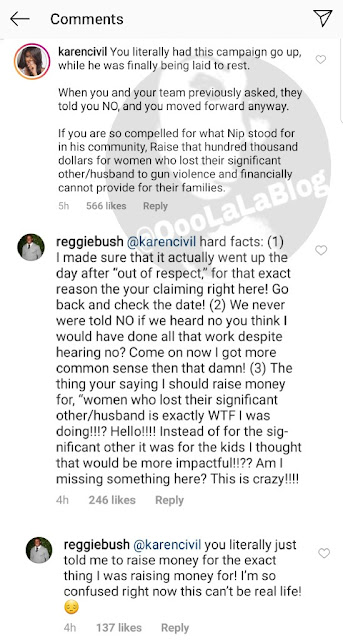